Two Cursed Restaurants Get Yet Another Try

Stop me if you've seen this before:

2. The Pitch and/or the Star report on the closing.

3. The comments section becomes some combination of indifference, regret, and disbelief that the place didn't close sooner.

4. Someone then says something in the vein of: "I don't see you opening a restaurant! You should applaud these people for having the COURAGE to open their own restaurant, especially in this economy."

And this is where I really have to fight the urge to respond.

Opening a business is not something that should be lauded unconditionally.

Here's what I'm getting at. If you asked me to list the worst spaces in my area to open a restaurant, the two at the top of my list would be the strange endcap space in the strip mall at 79th and Quivira (7820 Quivira), and the former Margarita's just west of Quivira at 12200 Johnson Drive.

Why do I say this?

Because I've lived in the area for 3 years, and in that time both spaces have housed at least 3 different restaurants. I don't think any of them lasted more than about 6 months.

Instead of taking the hint, new owners are in place at both locations, with new dreams and new hopes that they'll be the ones to break the curse. 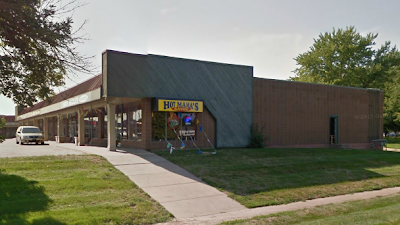 The space at 79th and Quivira has been a Chinese place, a Mexican place, another Mexican place (with a buffet), Ray's Breakfast and Burgers, and Hot Mama's Bayou since 2009. It will soon open as Nick's Italian Pizza. I assume (and hope) that it is affiliated with the establishment of the same name in downtown KCK, which serves good NY-style pizza by the slice. 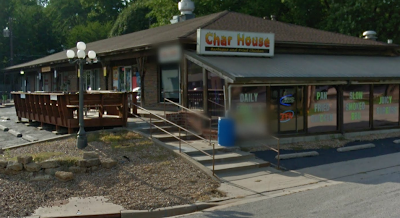 The old Margarita's building is a less-visible, more-awkward space--you have to descend a flight of stairs to get to the dining room. The space has been occupied by another Mexican place, then Daniels' BBQ and Char-Grill BBQ/fried chicken since Margarita's moved out.*

*Ironically, Margarita's is now located in a former Hardee's at 79th and Quivira...in the parking lot in front of what will soon be Nick's Italian Pizza.

Now, signs are up for yet another smokehouse called Vintage BBQ. Sigh.

Putting myself in the shoes of the new lessees, I can see the appeal. The rent has to be relatively low, and the spaces are built out as restaurants (which means minimal remodeling and possibly existing equipment/exhaust hoods). And at least with the pizza place, there is no pizza-by-the-slice option in the vicinity.

But you also get what you pay for, which is a lack of visibility & atmosphere, and a proven track record of restaurant failure.

Bottom line? I'm not wishing for either of these places to fail. But I won't feel sorry for them if they do.
Posted by JJSKCK at Monday, July 16, 2012

Because there is no clear path to becoming a restaurant owner, any number of people with no idea what it takes attempt it. Those looking to sacrifice location to save on pre opening costs are seldom successful because they lack the capital to for marketing and to last until they build a clientele via word of mouth. Most restaurants that fail should have never been opened

Does anyone stop to think that the only reason Margarita's was successful in that space is because it is Margarita's? If Jack Stack was moving in, the space would be successful. Instead, Joe Schmoe BBQ will enter and exit that space before anyone even knows it existed.

I liked Char-House the one time I ate there. The only reason I knew it existed was from a random tweet. How these places don't make more of an effort to market themselves on the internet is beyond me. And by effort, I don't mean have their family spam Yelp with blatantly BS reviews, which seems to be all they ever get around to.

I agree wholeheartedly with both of you. It blows my mind how many people decide that because they smoke a mean rack of ribs they can make a living doing so. There is so much more to it.

The marketing aspect has never been less expensive for a savvy restauranteur. I would think spending some focused time on research and testimonials online (again, FREE) would provide a wealth of info on what works, what doesn't, and where to best focus one's efforts.