I'll be contributing occasionally to the most excellent KC Beer Blog. If you have any interest in getting the latest local info on beers, bars, festivals, etc. I recommend following them. They do a great job of staying current.

My first post is here.
Posted by JJSKCK at Wednesday, April 27, 2011 No comments:

I’m not a big gadget guy, so having the latest and greatest in mobile connectivity has never been a priority. I’m not technologically averse; I just don’t tend to buy a lot of toys…or really, stuff in general.

That said, after my well-past-its-prime, 4-year old “feature” phone (i.e., it can text in the old school, hit the ‘3’ key four times to make an ‘f’ sort of way) drowned in a San Francisco rainstorm, I was using my wife’s old Motorola KRZR to get me by. 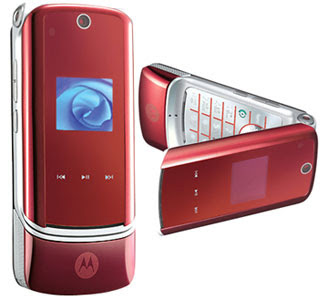 After looking at how much Verizon was costing us each month, we decided to reassess our cell phone situation overall. We were ready…for smartphones.

First piece of advice: CHECK FOR COMPANY AND ORGANIZATION DISCOUNTS. I found out that by sheer virtue of me being employed at my company, I qualified for monthly discounts of 22% (Verizon and AT&T) and 18% (Sprint). There were some add-ons that didn’t qualify for that full % off, but most of the bill did. You can check the three carriers above by simply searching their websites for “corporate discounts”, entering your work email address, and having them send the deals right to your inbox.

If you know me, you know that some serious analysis was about to take place. With months of prior usage at my fingertips, I figured out the plans we needed. Most of our plan minutes on Verizon were calls to other Verizon phones (free on our plan), so we had to take that into consideration.

When it came down to it, Sprint’s plan of 1500 minutes and unlimited data and text was the most affordable. Plus, they offered a $125 credit PER LINE to port a number over to a Sprint smartphone. Verizon was about $30/month more expensive. AT&T was only slightly more expensive than Sprint per month, but their plan only includes 2 GB of data. I know that’s a lot, but I also don’t want to worry about overages when I’m stuck at an airport for 6 hours and decide to stream a movie.

We both got an EVO 4G. Huge display, runs Android, lots of cool features. 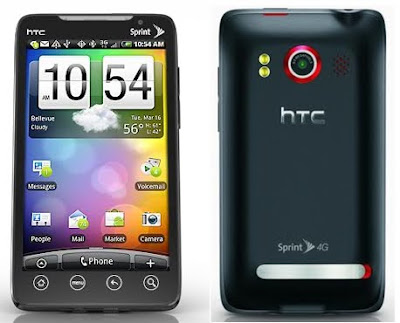 The drawbacks: the huge display comes on an equally huge phone. Even in my relatively large paws, the phone felt cumbersome. Also, the huge display uses huge amounts of juice. Imagine a Hummer with an 8-gallon gas tank.

Of course, those flaws are pardonable. Mostly, I was relieved to finally be done with all the research of plans and phones alike…or so I thought.

Because there was a fatal flaw: we couldn’t make calls in our own house.

Our coverage was bad enough that the first day I had the phone, I dropped a call 3 times in 5 minutes. Yikes. Things did not improve throughout the week.

Fortunately, Sprint has a 30-day guarantee during which you can cancel a contract and return equipment. Which is good, but dammit. It was time to shop again.

I wasn’t keen on AT&T’s data cap, nor Verizon’s extra $30/month. I saw that some AAA members had success getting a discount on T-Mobile, so in the spirit of leaving no stone unturned I gave them a call.

Turns out there is no AAA discount. The sales rep asked to check my employer…no dice. Finally, she asked about my wife’s company.

Hey again! Turns out the plan we would consider is already on sale, bringing our total down further.

Hey hey hey! Turns out the day I called was the last day of a promotion: free myTouch 4G (their flagship phone at the moment, and Consumer Reports highest-rated smartphone) for new subscribers. 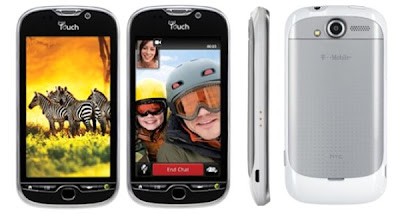 Because they offer a 30-day guarantee as well, I figured I had nothing to lose. I finally placed my order after my Sprint phone dropped my call a couple times (oh, irony).

We got the phones, and get much better coverage than before. Even if that changes, T-Mobile offers free Wi-Fi calling, which means we can make clear calls over our internet connection.

The phones is more compact and more gentle on the battery. I really, really like it. And T-Mobile’s customer service has been excellent—I’ve gotten a knowledgeable, competent person every single time I’ve called.

So, when it’s all said and done, don’t overlook T-Mobile as a potential carrier. Their reputation is mixed, but the negative impressions seem to be relegated to people who don’t use their services. Almost all the people who actually use T-Mobile seem very pleased. So far, so am I.
Posted by JJSKCK at Friday, April 22, 2011 4 comments:

Why Your Drive to Work is Slow

Here are the results of my incredibly formal, ridiculously scientific survey as I waited for the light to turn green at 7:50 this morning. I was at a red light headed southbound on Nieman at Shawnee Mission Parkway.

Of the 22 cars heading westbound on Shawnee Mission Parkway during their green light, only 7 drivers (31.8%) were looking vaguely in the direction of the road. The rest were involved in playing with their phone, turning around to yell at their kids, putting on makeup, or turned around looking for something in the back seat.

Of the 8 cars turning from eastbound Shawnee Mission Parkway to northbound Nieman, 4 were looking at the road (50%), which is better, but still a bit alarming considering they were making a turn. One guy even pulled off the impressive smoking/playing with phone/greeting someone he knew in a passing car combo.

I know bitching about other drivers is trite and tired, but it really is bothersome to see how few eyes are actually kinda-sorta on the road at any given time.
Posted by JJSKCK at Thursday, April 14, 2011 8 comments:

Email ThisBlogThis!Share to TwitterShare to FacebookShare to Pinterest
Labels: driving

I had my home phone number for 11 years. It was actually my great-grandmother’s number for 30 years before that. I have a bit of an emotional attachment to that number, strange as that may sound. I didn’t want to surrender that number and let it disappear into the fiberoptic ether.

On the other hand, I rarely use my home phone. I stripped all the extras (caller ID and the like) long ago to minimize the cost, and even then I didn’t get any value out of it. The vast majority of calls I receive are from my parents (who immediately call my cell if I don’t answer) and people I don’t want to talk to. Also, I have an established cell phone number that I don't want to surrender either.

My solution (and yours, potentially)? Port my number.

I first looked at Google Voice. They will port your existing number for a one-time $20 fee, which is about the same as what I was paying one month of phone service. After that, it’s free—any call to my Google Voice number can be forwarded to the number(s) of my choosing.

The problem is that they only port wireless numbers – not landlines.

I looked at other internet-based services, some of which allowed landline porting. However, they also came with a monthly fee attached (usually $4-$10 per month) and/or forwarding and per minute charges.

Then, it hit me. I would port my number to a prepaid wireless account, then to Google Voice.

Here’s how I did it:

1. I checked my number on AT&T’s website to make sure it could be ported.

3. I called Customer Service to activate the account, and let them know I wanted to port my number. They helped me get that rolling, though I had to put a minimum amount on the phone to allow porting (another $15). NOTE: you will need your existing home phone account number and billing info. It’s easiest if you have a statement handy.

4. They contacted my landline provider. I waited.

5. I monitored the status at the AT&T website. Once they contact your current carrier, they give you an anticipated porting date. Mine took just under a week.

6. Once it said my porting was complete, my prepaid still wasn’t ringing. I had to call AT&T to finalize it. They took care of it in about 10 minutes.

7. I immediately went to Google Voice and set up an account. Just pick a number. Any number. You won’t have it for long.

8. After establishing my account, I clicked on “edit/change number” and entered my prepaid account number info. It costs $20 to port your wireless number to Google Voice.

10. I called AT&T and got my account number. He asked me why I needed it. I was honest. He still gave it to me.

11. Finished the porting process; I was told my number would be ported within 24 hours. It was.

12. I set up my voicemail, forwarding preferences, etc. Now any call to my home number rings to my cell, with caller ID. I also get transcripts of voicemails sent via text or email to the number I choose. It’s a slick setup, and once you get ported over it costs nothing.

Altogether, it cost me $15 for a new phone, $15 worth of prepaid service, and $20 to port to Google Voice. That’s $50, which in my book is a small price for being able to maintain my longtime number in perpetuity. For free.

Here are a couple additional tips:

1. Do not call your current landline provider. Your service will be cancelled automatically once your number is ported.

2. In retrospect, it would have been easier to do all the AT&T stuff online. Verify your number can be ported, then order the cheapest phone and the no-cost package (you’ll still need to put $15 of funds on the account). During the checkout process, you can select whether you want a new phone number or whether you want to bring an existing number over.

3. When you check out, make sure you write down your account number. You’ll need it when you move to Google Voice (you can always call and get it if you forget).
Posted by JJSKCK at Monday, April 11, 2011 3 comments: