After 12 years and something like 800 performances, I may have reached the pinnacle of my improv career Friday night.

Tantrum got to perform at the annual conference of the National Collegiate Honors Council. We had a captive, energetic audience of over 1,500 people.

Our show was at The Midland, on the same stage where Jerry Seinfeld had just performed the night before. 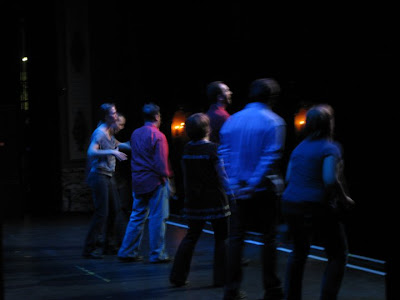 And we were ON. Just a tremendous show.

Instead of running onto a small intimate stage, we waited--music cranked--for the enormous curtain to be lifted.

Instead of entertaining a few dozen family, friends, and fellow improvisers, we were making more than 1,500 very intelligent people laugh big and laugh often.

It was quite a rush, and of course it was over too soon.

And that, in retrospect, is the bittersweet part of it. Realizing that these opportunities don’t come along very often, that we may never do such a great show for such a big room again...it’s not hyperbole to say that Friday night may have been a once-in-a-lifetime gig.

Damn, was it fun. 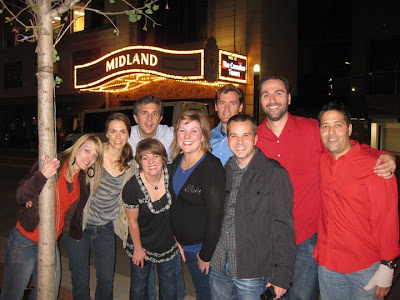 Email ThisBlogThis!Share to TwitterShare to FacebookShare to Pinterest
Labels: improv

the amount of posts indicates that you still have a life. on the other hand I have 900+ posts on mine. very telling.

Your number of posts indicates a longer track record and a period of self-imposed obligation to write something every day. I notice now that you post less frequently, you don't threaten to quit anymore.

you'd be suprised, I started 3 years ago tomorrow. I was excited for a while and now it's a combination of habit and a way to waste some time.I was hoping for at least one of my posts to go viral or something, kinda like your big concert but it never happened.

Congrats on on the big 2C. I have found that after 1300 posts I'm having a harder time writing. It's not that I don't have ideas or opinions, there just seems to sometimes be a "what's the point?" and it all falls by the wayside. I think part of it for me was also that there was once a strong blog-ring feel between many in the improv community and that has fizzled.

Keep up the good work.